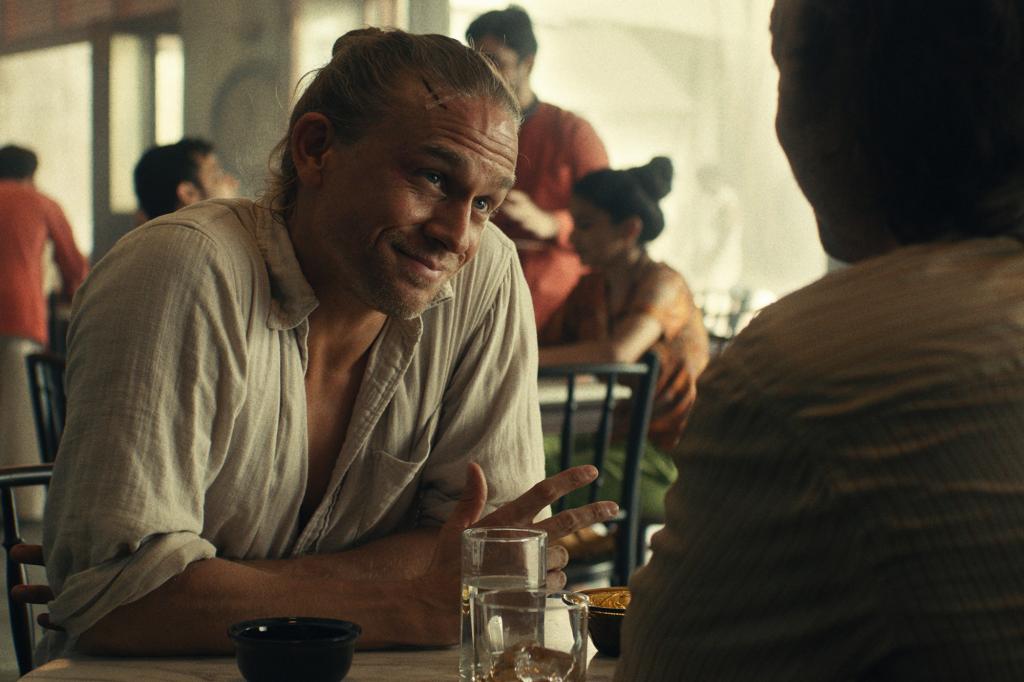 Charlie Hunnam is back on television after an eight-year absence on his new Apple TV+ series “Shantaram.”

“I love longform storytelling, and when I finished ‘Sons of Anarchy’ I knew at some point that I wanted to get into another television show,” Hunnam, 42, told The Post.

Hunnam starred as swaggering biker Jax Teller on “Sons of Anarchy” (2008-2014). Since then, he’s focused on the big screen in movies including “The Lost City of Z,” “The Gentlemen,” “King Arthur: Legend of the Sword” and “Triple Frontier.”

“I think it was probably about three years after ‘Sons’ finished that I was given this book [that ‘Shantaram’ is based on],” he said. “And it truly has been sort of an obsession, and a burning desire to be part of this team.”

Premiering Oct. 14, “Shantaram” is based on a novel by Australian former heroin addict and convicted bank robber Gregory David Roberts. The plot follows Lin Ford (Hunnam), a fugitive from prison who escapes to the vibrant world of 1980s Bombay. There, as a stranger in a strange land, he tries to create a new life for himself and avoid trouble.

The show was filmed in India and Thailand, and Hunnam said that, while he spent time in the former country to get a feel for the “magic and beauty of the place,” it wasn’t a walk in the park.

“I went through a period of bad luck where I contracted a very severe respiratory infection, a bacterial gut infection and a viral [infection],” he said. “I had an ear infection, conjunctivitis in both eyes, and then got a mosquito bite and contracted dengue fever. And you know, Hollywood is Hollywood. The show must go on! With all of those ailments, I still had to go to work for 14 hours a day.

“So, that period of time that I was suffering from dengue fever and working 100-hour weeks was not great.”

Nonetheless, he enjoyed hanging out with the novel’s author, Roberts, upon whom Lin is based.

“I was terrified, because Greg is a real living person and [is] going to watch this and wrote one of the greatest pieces of literature of the last 20 years,” he said. “It was intimidating to sort of step into those shoes,” he said, but his reservations vanished once they met.

“We slept about two hours a night, and spent 22 hours a day for four days talking. I left that experience feeling in some way that we kind of shared a soul,” Hunnam said. “We just knew each other the second we started talking. I left feeling more confident that I was going to have the ability to bring Lin to life. [I relate to] his uncertainty about who he is, and the way to get the most out of life. I think he’s a real searcher.

“Greg is interested in a lot of the things I find myself interested in, and he’s far smarter than I am,” he said. “So, he’s sort of an expert in these arenas [where] I’m just an interested amateur: psychology, philosophy, the meaning of life, is really what he’s exploring at the center. I find myself through acting … wanting to explore those same things.”

Hunnam’s penchant for method acting has been noted in his other projects such as “The Lost City of Z.” But, he said, he wouldn’t characterize it that way.

“I’ve been accused of that, but honestly I’ve never trained,” he said. “I try to do as much as I can to limit the need to act, only because I’m uncertain of my ability on any given day to be able to act the scene. So, if I have somehow created a parameter around it that feels real for me, I find that my ability to access the requisite emotion is much easier.

“I don’t know if that’s method or not. It’s just my own technique.” 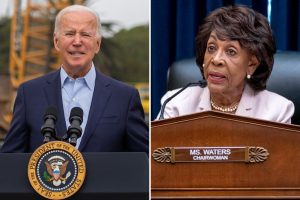 Previous post Biden praises Maxine Waters, says he agrees with ‘whatever’ she says 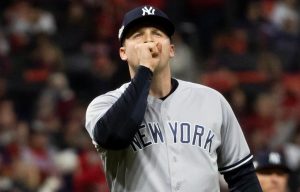