Hip-hop star Cardi B took to Twitter on Tuesday to sharply push back against conservative pundit Candace Owens’ attacks on her and Megan Thee Stallion’s racy performance of their hit single “WAP” on Sunday night’s Grammy Awards.

During a segment on Tucker Carlson’s Fox program Monday night, Owens criticized the two rap stars and their prime-time Grammy appearance, saying, “This seems like an attack on American values, American traditions, and you’re actually actively trying to make children aspire to things that are grotesque. … We are celebrating perversity in America.”

At the Grammys, Cardi and Megan danced around a giant lucite heel and eventually locked legs together in chrome lingerie. In lieu of singing the sexually explicit chorus, they used the words “Wet wet wet” to comply with network standards.

Cardi tweeted to Owens on Tuesday: “only you can monitor what your kids watch [no one] else.”

“I take issue with you being used to encourage young women to strip themselves of dignity,” responded Owens.

Cardi replied with two nude photos of former model-turned-First Lady Melania Trump. “Only White women can be naked and show their sexuality and evolve in their 30s but I can’t?” she wrote.

The debate escalated when Owens took a dig at Cardi for simulating sex with another woman; Cardi openly identifies as bisexual, and Megan has generally expressed attraction to women as well as men. Owens described the display as “degenerate.”

“At your best, you are self-deprecating and humorous,” wrote Owens. “At your worst, you are naked, shoving your vagina into another woman’s vagina while thrusting atop her.”

Cardi promptly shared screenshots of a tweet dated Nov. 16, 2020, that Owens allegedly wrote about her husband having an affair with her brother.

“WAP” generated ample right-wing outrage after its August release, providing fodder for conservative commentators like Ben Shapiro, who scrutinized the lyrics on his podcast.

After airing footage from Cardi and Megan’s Grammys performance, Carlson told Fox viewers that “they’re intentionally trying to degrade our culture and hurt our children.” 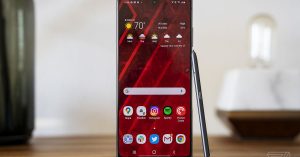 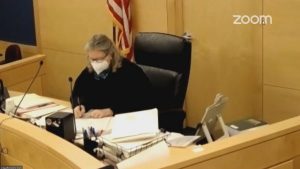 Next post Asian woman, 70, fights back against attacker in San Francisco: witnesses

Anthony Bourdain’s NYC apartment up for rent with price cut

‘Cyberpunk 2077’ launches on PlayStation 4 — with a warning