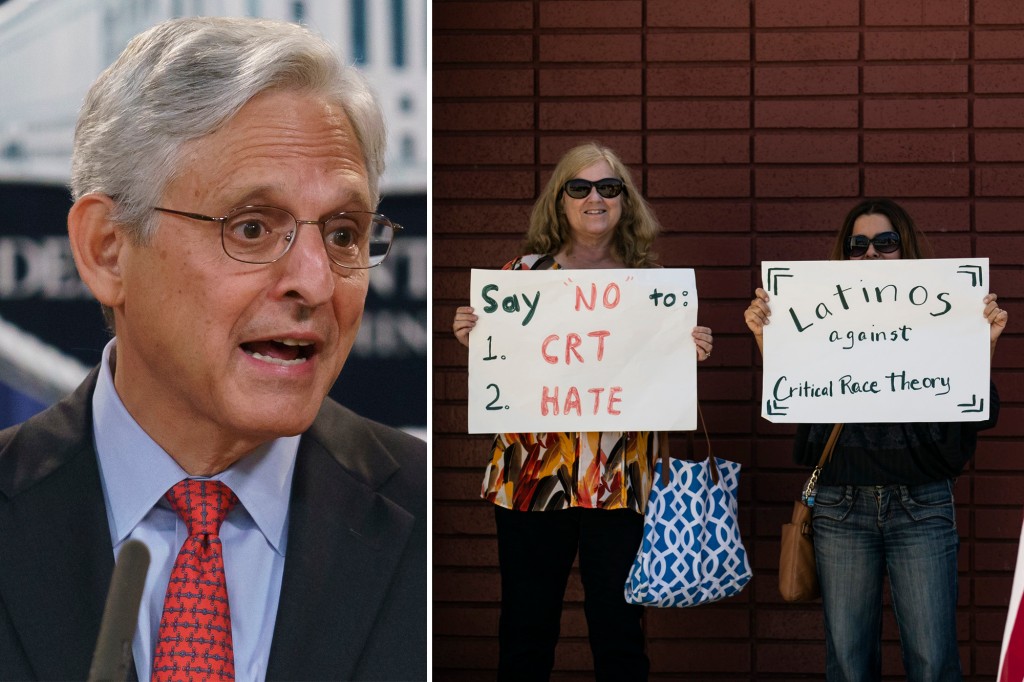 Republicans are ripping Attorney General Merrick Garland for “weaponizing” the Department of Justice over his plan to use federal law enforcement to crack down on school parents who oppose critical race theory — saying it is a bid to intimidate political opponents.

The DOJ announced this week it was bringing in the FBI to investigate a spike in threats directed at school administrators, teachers and staff amid protests over critical race theory and mandatory mask wearing for children.

GOP lawmakers — and parents — immediately slammed the decision, accusing the Biden administration of likening their protests to “domestic terrorism.”

House Minority Leader Kevin McCarthy (R-Calif.) said the crackdown was part of a “disturbing trend” in which Democrats are trying to muzzle parents and stop them from having a say in their children’s education.

“Parents have a fundamental right to be lawfully involved in their children’s education.  We should encourage family participation in our school systems, not baselessly attack opposing views because some liberal education officials and special interest groups see it as a threat to the power they want to have over what children learn in America’s classroom,” he said in a statement.

“This latest decision by President Biden is yet another example of him using his executive power to federalize every sector in our society. He wants to use the IRS to comb through our banking transactions, and now he wants to use his DOJ to target American families who dare to ask questions involving their children’s education.”

Sen. Ted Cruz (R-Texas) accused Garland of breaking his vow not to weaponize the DOJ, tweeting: “At his confirmation hearing, Merrick Garland promised not to follow the Obama model of weaponizing DOJ to target and persecute his political opponents. Just a few months in, he’s already breaking that promise.”

“I just asked the Biden DOJ to name one instance in American history when the FBI has been directed to go after parents attending school board meetings to express their views. There isn’t one,” he added in a tweet.

“Attorney General Garland is weaponizing the DOJ by using the FBI to pursue concerned parents and silence them through intimidation. Florida will defend the free speech rights of its citizens and will not allow federal agents to squelch dissent,” Florida Gov. Ron DeSantis fired off in a Tuesday tweet.

The GOP onslaught came after Garland announced Monday the FBI would take the lead on the law enforcement response to what he described as “a disturbing spike in harassment, intimidation, and threats of violence against school administrators, board members, teachers, and staff.”

In a memo to federal prosecutors and FBI Director Christopher Wray, Garland said: “While spirited debate about policy matters is protected under our Constitution, that protection does not extend to threats of violence or efforts to intimidate individuals based on their views.

“Threats against public servants are not only illegal, they run counter to our nation’s core values.

“Those who dedicate their time and energy to ensuring that our children receive a proper education in a safe environment deserve to be able to do their work without fear for their safety.”

His memo came just days after the National School Boards Association asked the Biden administration for assistance, suggesting teachers and school staff were under “immediate threat.”

The association, in a Sept. 29 letter, suggested there have been threats and acts of violence that equate to domestic terrorism as parents grow frustrated with mask mandates being imposed on their children and critical race theory being injected into their curricula.

They blamed opposition to mask mandates and CRT in classrooms for dozens of incidents at school board meetings this year.

Garland did not specify whether incidents related to the implementation of mask mandates or critical race theory would be investigated.

His memo also did not classify the incidents as domestic terrorism. 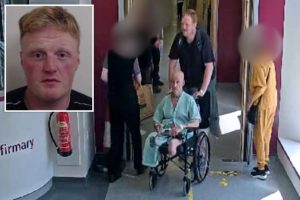 Next post Man pretends to help double amputee before robbing him