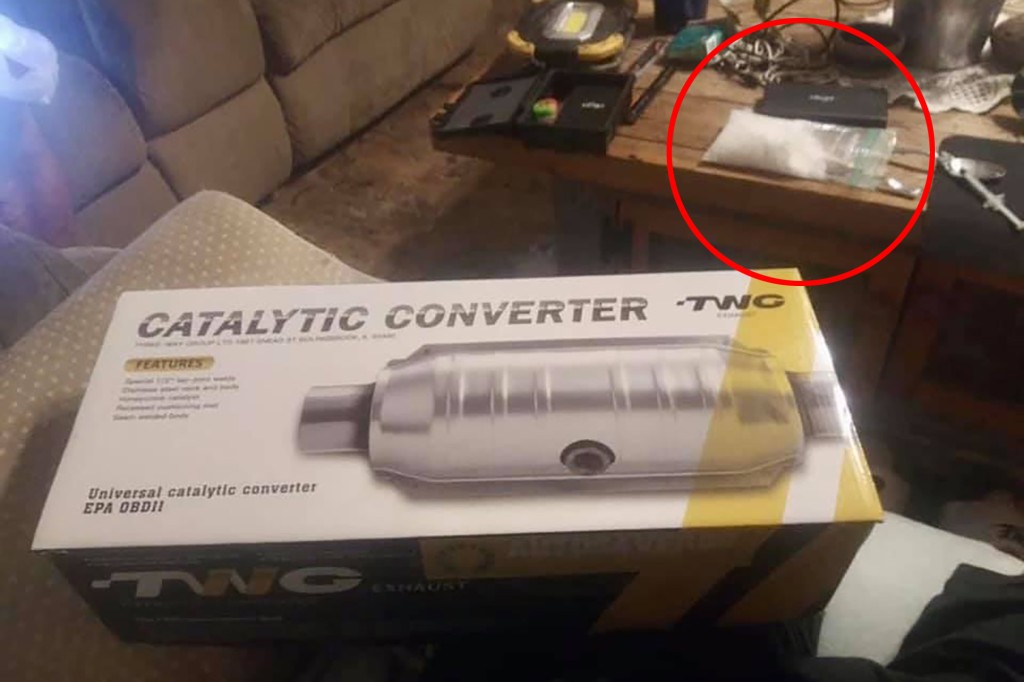 A Missouri man trying to sell a catalytic converter online has been arrested after a huge stash of meth and a syringe were spotted in the background of the photo he used for the advertisement.

James Kertz, 38, was taken into custody in Reeds Spring on Wednesday after posting a photo of the catalytic converter on Facebook Marketplace.

His bag of meth and drug paraphernalia were clearly visible on the coffee table behind the exhaust emission device he was trying to get rid of.

Stone County Sheriff Doug Rader said someone tipped them off to the drug stash soon after Kertz posted the ad on Facebook.

“Apparently he must have been under the influence because in the background of his picture he posted, he left his large bag of meth and syringe on the coffee table,” the sheriff said.

“Take note, if you are selling items on social media, make sure your drugs are not in the background!”

Authorities conducted a search warrant at Kertz’s home and uncovered 48 grams of meth and a handgun he wasn’t legally allowed to own, the sheriff said.

“We have now provided him a new place to stay. Sorry folks, his catalytic converters are not for sale right now,” the sheriff added.

Kertz remained in Stone County jail without bond on Friday on a charge of possessing a controlled substance.

He has prior convictions for resisting arrest, domestic assault, possession of a controlled substance and endangering the welfare of a child. 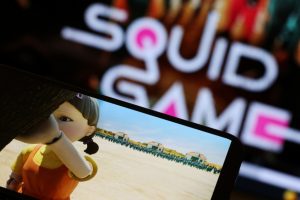