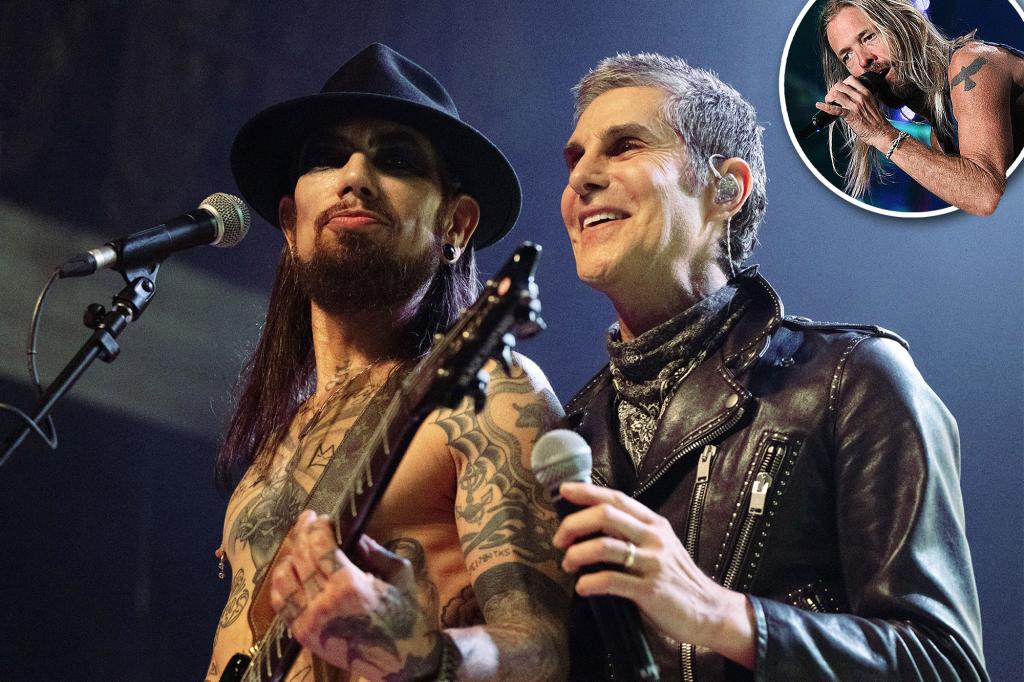 Perry Farrell is heading back on the road with Jane’s Addiction for the first time in years – but this time, without Dave Navarro.

The band’s longtime guitarist won’t be joining the rock group for their 32-date “Spirits on Fire” tour with Smashing Pumpkins due to his ongoing battle with “long Covid.” Navarro has been dealing with the long-term effects since December 2021.

“Nothing great comes easy, and putting this tour together without Dave … you sometimes just have to accept what life deals you,” Farrell, 63, exclusively told The Post over the phone from Shreveport, La., on Thursday.

“I wish I would have my dear guitar player around,” he added. “[But] I live to bring entertainment and art to the world. And whatever I can do to entertain you, to blow your mind, that’s what I live for.”

The “Spirits on Fire” tour kicks off Sunday at the American Airlines Center in Dallas, Texas, and wraps Nov. 19 at the Hollywood Bowl in Los Angeles. Queens of the Stone Age guitarist Troy Van Leeuwen will be filling in for Navarro, with potential other surprise guests to be announced at a later date.

“How do you go about finding a guitar player to fill the shoes of Dave Navarro? We had to put the word out to people that we knew, that we loved, and Troy fit the bill the best of all the people that we considered,” Farrell told us.

“I feel like we got the right guy. He’s got the vibe, he’s got the style. I just find him to be a gentleman, a consummate professional and an incredible player.”

Farrell said Van Leeuwen, 52, also has “a raw, vicious rock tone” that reminded him of when Led Zeppelin’s Jimmy Page was playing with The Kinks in the ’60s.

“We’re not going to have to perform the songs exactly like we did when Dave was in the band. The secret is, don’t try to out-do the record, ’cause you can’t,” he explained. “This is going to be a new canvas, shall we say. It’s really amazing. The fans are going to get a very unique performance from all of us.”

Farrell explained to The Post that it took some convincing to get Avery, 57, back on board, as it’s been over a decade since they’ve toured together amid his exit and years-long estrangement from the group. Musicians that have filled the bass spot over the years included Flea, Duff McKagan, Martyn LeNoble and Chris Chaney.

“Every tour that we did since the breakup, I would reach out to Eric to see where his head was at,” Farrell shared, clarifying that he shouldn’t say “every tour” as there was a point where he just “accepted” Avery’s answer would be “no.”

“But I’ve been performing music now for nearly 40 years and I might have 10 more really good years to perform Jane’s Addiction material. Performing [that] material is like being an aerobics instructor, so I don’t know how great I’m going to be at 70.”

Keeping that in mind, Farrell said he “just humbled” himself and “reached out to Eric” one last time in an attempt for redemption – and to bring back Jane’s iconic rhythm section.

“I said to Eric, ‘You can do all the bass lines to all the songs that you participated in, and then we would have Chris do the songs that he wrote,’” he recalled. “I was messing around with different aspects of the lineup but Eric didn’t want to do that at all; he wanted to be the guy, and this year, it was time.”

Farrell added, “We were all able to come together this year on common ground – our common ground was music, great music – and it’s really helped my heart.”

While Farrell is looking forward to hitting the road and performing on stage with Jane’s once again, he said that not having Navarro – who has been with the band since the 80s – has been “very, very hard.” He also admitted that dealing with the loss of his close pal Taylor Hawkins has deeply affected him.

“Taylor was there back in the early days when Jane’s was running the streets of Los Angeles. He just wanted to see Jane’s come back together. Unfortunately, he didn’t quite make it, but I know for sure he’s watching and I know for sure he’s listening,” Farrell said of the late Foo Fighters drummer, who died in March at the age of 50.

“The funny thing is, I see hawks [an ode to Hawkins’ last name] quite often and I take pictures of them when I do. Sometimes I see two or three, sometimes I see a family.”

The “Jane Says” rocker also noted that something he admired most about Hawkins was his “purity of heart” when he would recognize greatness.

“When I talked to him, 70 percent of it was [about] music … it was like if there were an ESPN for music. All we did was look at different groups and listen to their songs,” Farrell remembered.

“Taylor never lost that love – he just loved songs and music, and people that were great musicians,” he continued. “It was like he was so obsessed with it that it didn’t matter that he turned 50. He had the same exact passion.”

Farrell has posted a number of heartwarming tributes to Hawkins in the days since his passing, one in which he stated that he is turning his grief into “dedication” and “greatness” as he continues to live out his musical aspirations.

“As hard as life is, and has been, at the same time, it is sweet,” he told us, noting that he is dedicating his shows to Hawkins and humanity.

As for Navarro, he announced he wouldn’t be joining Jane’s Addiction on tour in a statement via Instagram late Thursday.

“I had hoped for a full recovery by October but I am still very fatigued and will not be able to join this leg. I am personally gutted as our original bass player has returned. @ericaveryinsta. We wanted to bring you the original line up but that will have to wait until I am recovered,” the former “Ink Master” star, 55, explained to fans.

“While the band is touring, I will be working on some new Jane’s material in the studio here in LA. In the meantime, the great @troyvanleeuwen will be filling in for me. He has been in such bands as Queens of the Stone Age, Failure, A Perfect Circle, Eagles of Death Metal & The Damned just to name a few. He is a great guy and I am honored to have him help make this tour happen.”

Navarro added that while he is “saddened” he won’t be joining his bandmates on the road, he’s focused on “making a full recovery” and hopefully “re-joining the guys” when he’s able to do so.

“I truly wish the band well on this tour and I am confident they will bring everything to make it a fabulous show! Go get em guys!” he concluded his statement, adding, “Maybe I can get to a show one night and watch my own band for the first time ever.” 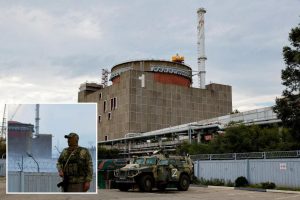 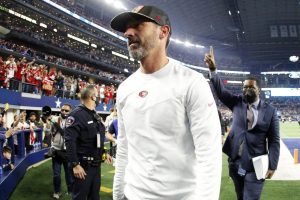