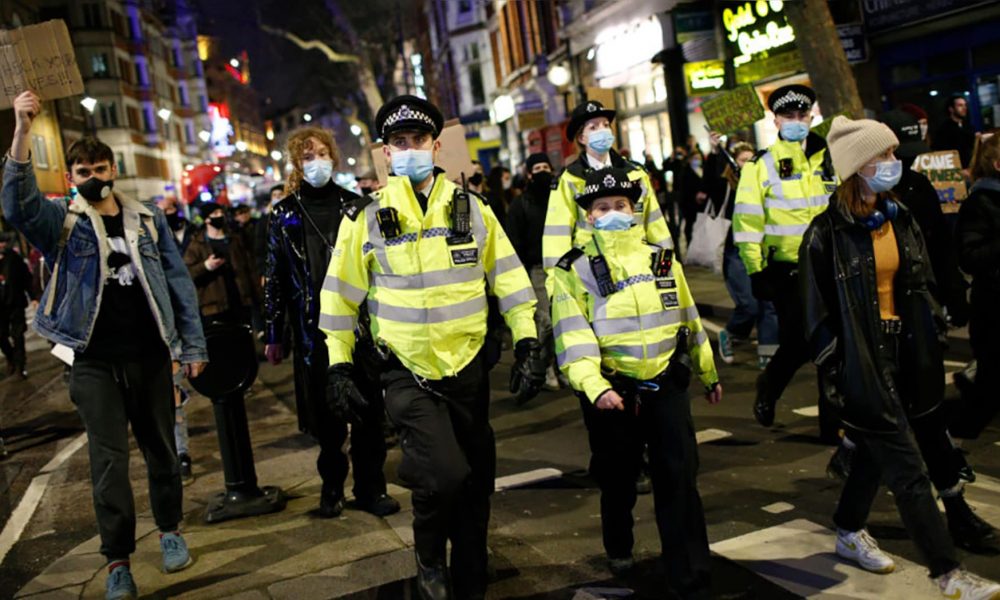 Many gathered to oppose the passage of a new policing bill, which opponents say would give police too much power to restrict non-violent protests

Protests continued Monday in the United Kingdom over gender-based violence and policing in the wake of the suspected Sarah Everard killing.

Arrests were made as hundreds of people in London protested outside police headquarters, parliament and Prime Minister Boris Johnson’s office, according to reports.

Many gathered to oppose the passage of a new policing bill just days after officers were criticized for using excessive force at a vigil for Everard, where critics say images showed police aggressively “manhandling” and handcuffing mourners.

Opponents said the bill would impose stiff sentences for rule-breakers and give police too much power to restrict non-violent protests, according to the Guardian.

“We’re here for two reasons. One is to stand against male violence, whether that’s the hand of the state, partners, or institutions. We are here to honor the lives of women who have been murdered by men … And we are here to resist,” said Labour MP Nadia Whittome.

Protesters on Monday held signs that read, “Educate your sons” and “End violence against women.” They blocked Westminster Bridge twice and stood opposite a line of police outside New Scotland Yard, according to the news website. Chants heard at the demonstration included, “sisters united will never be defeated,” “all cops are bastards” and “who protects us from you?”

Police ordered protesters to go home and the Guardian said it witnessed several people being arrested for breaching coronavirus rules. The protest on Monday took place for several hours and didn’t include the same police tactics used during Saturday’s vigil, reports said.

Political focus has shifted onto London’s Metropolitan Police in recent days after the vigil, which police said breached COVID-19 lockdown rules, according to Reuters.

Cressida Dick, the head of the Metropolitan Police, told Sky News that she would not leave her post and that the circumstances surrounding Everard’s death have inspired her to carry on.

Everard, a 33-year-old marketing executive, set out on the 50-minute walk home from a friend’s house in south London at about 9 p.m. on March 3. She never arrived. On Friday, police confirmed that a body found hidden in woodland 50 miles southeast of the city is hers.

London police arrested a member of the force’s Parliamentary and Diplomatic Protection Command on Tuesday as a suspect in the case. On Friday, police charged the officer, Constable Wayne Couzens, with kidnapping and murder. Couzens, 48, is due to appear in court Tuesday.

The murder has sparked international attention and brought awareness to violence against women and the dangers they sometimes face in everyday activities like walking down a street at night. 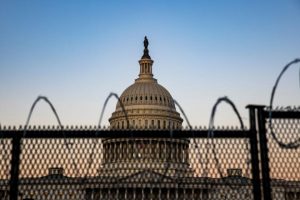