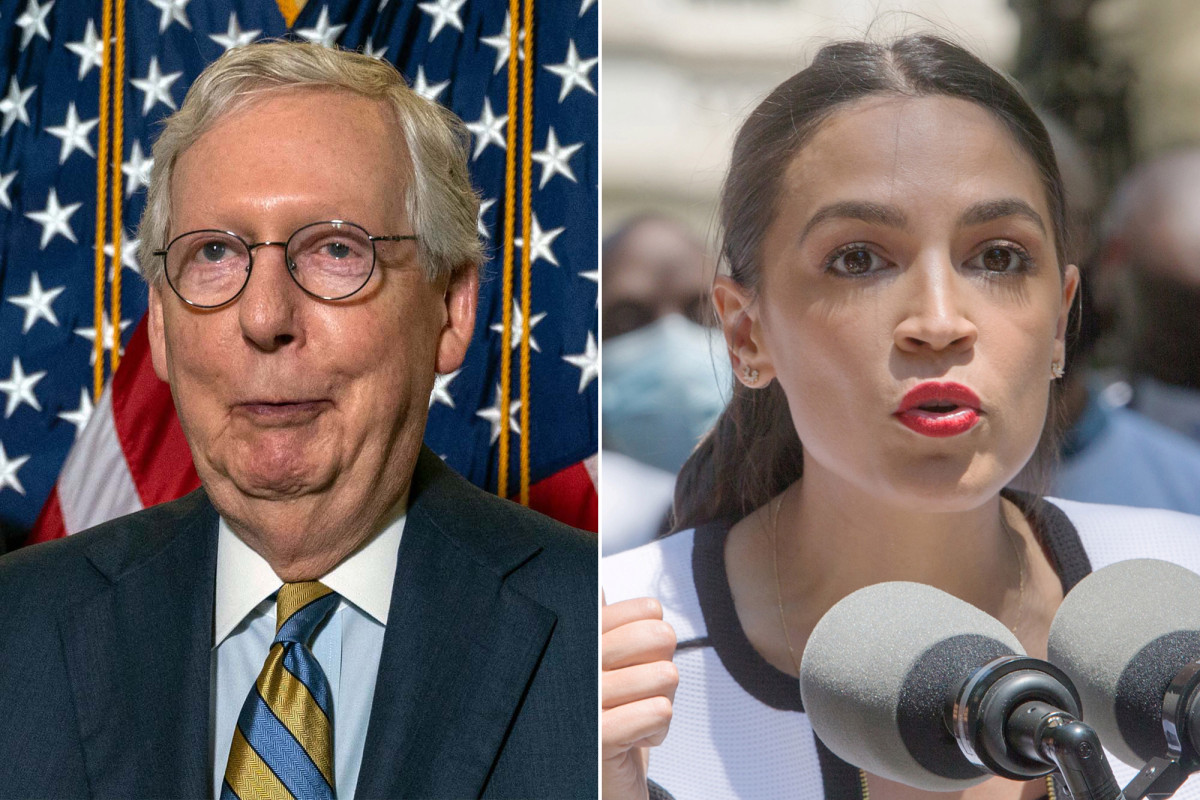 “I don’t think she could sell her agenda to her own party, much less find any kind of appeal for that on my side,” McConnell told Fox News’ “America’s Newsroom.”

Ocasio-Cortez publicly warned the Biden administration and party leadership Wednesday that they could not count on full House Democratic support for an infrastructure package that did not attempt to address climate change.

She also appeared to warn that Democrats are just one untimely death away from losing the 50-50 split, with Vice President Kamala Harris as a tie breaker in their favor.

“During the Obama admin, folks thought we’d have a 60 Dem majority for a while. It lasted 4 months,’ the New York Democrat tweeted. “Dems are burning precious time & impact negotiating w/GOP who won’t even vote for a Jan 6 commission. McConnell’s plan is to run out the clock. It’s a hustle. We need to move now.”

Democrats briefly held 60 seats in the Senate in the summer of 2009 following the previous year’s elections and Sen. Arlen Specter’s party switch from the GOP. However, the death of Sen. Ted Kennedy (D-Mass.) that August reduced the number to 59. Kennedy’s seat was won by Republican Scott Brown in a special election in January 2010.

“Dems are burning precious time & impact negotiating w/GOP who won’t even vote for a Jan 6 commission,” she tweeted. “McConnell’s plan is to run out the clock. It’s a hustle. We need to move now.”

“Well, to satisfy that particular member of Congress, I think that Democrats would have to have 60 votes in the Senate, and all of them would have to be as far-left as she is,” responded McConnell, who never referred to Ocasio-Cortez by name during the interview. “I think her big complaint is with her own party.”

Senate Democrats could theoretically use the parliamentary tactic of reconciliation to pass an infrastructure bill, but such an attempt would likely be stymied by Sen. Joe Manchin (D-W.Va.), who has repeatedly said that any proposal should have Republican input.

“When you have a 50-50 Senate, I think you need to look for things you can agree on … we had six major bills so far this year pass on a bipartisan basis, where we worked together and we met in the middle,” McConnell told Fox News hosts Bill Hemmer and Dana Perino. “The agenda of the particular member of Congress you’re referring to is not in the middle.”

On Tuesday, Biden abruptly broke off negotiations on a $1.7 trillion compromise package with Senate Republicans led by Sen. Shelley Moore Capito (R-W.Va.). On Thursday afternoon, a bipartisan group of 10 senators made up of five Republicans and five Democrats — including Manchin — announced that they had agreed to a “realistic, compromise framework to modernize our nation’s infrastructure and energy technologies.”

The statement added that the proposal would “be fully paid for and not include tax increases” — a point Republicans had insisted on.

“All we’re insisting on is that the infrastructure bill be about infrastructure and not a whole lot of other things, and that it be credibly paid for,” said McConnell, who later added, “we haven’t given up hope that we’ll be able to reach a deal on something really important for the country, that we really need to accomplish, and that is a major infrastructure bill and it’ll have to be done on a bipartisan basis.

“That particular member of Congress you were referring to would like for it to be sort of a Green New Deal infrastructure package,” he continued. “I don’t think that’s going to fly in the Senate.” 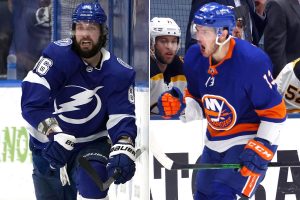 Previous postCrowds will bring extra life to this Islanders-Lightning clash 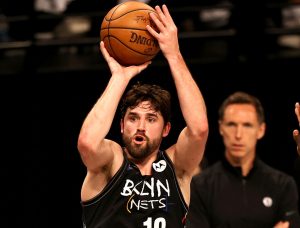 Next postJoe Harris a major beneficiary of the Nets’ Big 3