The minor commotion over a light emanating from center field during Sunday’s game between the Yankees and Red Sox may have just been much ado about nothing.

While the light (which was flashing red, then turned white, according to Boston manager Alex Cora, who called it “no big deal” ) caused a brief delay in the game, Major League Baseball investigated and found no evidence of a rules violation by either team, a source confirmed Wednesday. The league considers the book closed on the snafu.

Yankees manager Aaron Boone said Sunday that Gary Sanchez, like Red Sox catcher Christian Vazquez, also noticed the light from his spot behind the plate, but was unsure of its source.

While illegal sign-stealing via the use of technology has been a hot topic across MLB in recent years, Sunday’s disruption appears to not fall into that category.

DJ LeMahieu returned to the Yankees’ lineup Wednesday against the Phillies, a night after he sat out because of a stomach virus, which necessitated a rapid COVID-19 test that came back negative.

Backup first baseman Chris Gittens, who was unavailable to replace LeMahieu on Tuesday because of a sore Achilles, was feeling better on Wednesday and served as an option off the bench.

Though Asher Wojciechowski was called up from Triple-A to start Wednesday’s game, Boone said Deivi Garcia also had been a “consideration.” Instead, the 22-year-old, who has largely struggled with Triple-A Scranton/Wilkes-Barre, turned in his longest start of the season Tuesday for the RailRiders, giving up three runs over six innings while tying a season-high with nine strikeouts.

“It is definitely good to see, [in] what’s been a tough start to the year for him, … him trending in the right direction and throwing the ball a lot better,” Boone said.

Garcia, who has made two starts this season for the Yankees, has struggled with his command. Through June 25, he had a 8.80 ERA with 25 walks in 29 ²/₃ innings at Triple-A. But in four starts since, he has shown slight improvement, giving up nine runs over 20 innings with nine walks and 26 strikeouts.

Clarke Schmidt (right elbow strain) threw two innings of a simulated game Wednesday in Tampa, and Boone got a report from the trainers on hand that “everything went well.” The right-hander threw around 35 pitches and his next step could be starting a rehab assignment, though the Yankees have not yet finalized a decision.

Corey Kluber (right shoulder strain) is scheduled to throw a bullpen session Friday, his first time on the mound since being shut down in May. General manager Brian Cashman has said the veteran could be back by September. … The Yankees outrighted utilityman Hoy Jun Park off the major league roster to make room for Wojciechowski. … Luke Voit (knee) did some light defensive work before the game. 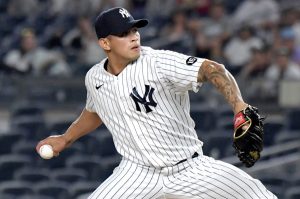 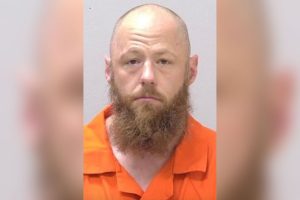