A female detention officer at a North Carolina jail was fired after being charged with having sex with an inmate, sheriff officials said..

Karen Payton, a 47-year-old officer for the Mecklenburg County Sheriff’s Office, was fired Tuesday after warrants were issued for her arrest, Sheriff Garry McFadden said in a statement.

Payton, who joined the department in August 2019, allegedly engaged in a sex act with a male inmate and gave him a tobacco product while in custody at Mecklenburg County Detention Center in Charlotte.

“There is no place for this type of conduct or behavior in our detention facilities or agency,” McFadden said. “We face too many daily challenges here at MCSO to allow such behavior and activity to continue that could compromise the safety and security of our staff and our residents.”

The accusations against Payton do not reflect the “professionalism and high standards” required from sheriff department staffers, McFadden said.

Sheriff officials said they could not provide additional information on the ongoing criminal investigation.

Payton, of Charlotte, was arrested Tuesday on three felony counts of engaging in a sex act with an inmate at the lockup and a misdemeanor count of providing tobacco to an inmate. Her bond was set at $2,000 and she’s no longer listed as in custody early Wednesday, jail records show. It’s unclear if she’s hired an attorney who could speak on her behalf.

Payton, also known as Karen Goldberg, is at least the fifth employee of McFadden’s staff – and the second female detention officer – to be fired within the last five months, the Charlotte Observer reported.

The alleged misconduct ranged from a DUI arrest to reports of fights with inmates. In one case, McFadden fired detention officer Kyle Harris, 28, in June following sex crimes charges in the alleged assault of a transgender inmate, the newspaper reported.

At least three inmates have died at the jail this year, according to the report. 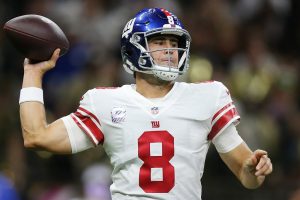 Previous post Daniel Jones and the Giants may have found a winning formula vs. Saints 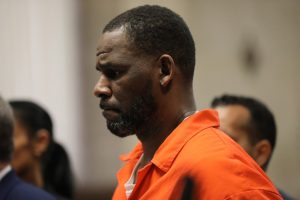