What can’t moms do?

A Padres fan — while holding an infant with her left arm — made arguably the best play of the game in San Diego’s 3-1 loss to the Cubs on Wednesday.

In the top of the sixth inning, Cubs pinch-hitter Jake Marisnick hit a Yu Darvish pitch to the upper deck at Petco stadium.

When the ball bounced down to lower level seats, an athletic woman — sporting a Manny Machado jersey — made an amazing one-handed catch with a baby in her other arm.

The crowd in the ballpark, along with the game’s broadcasters, were impressed by the multi-tasking mom.

“The right-handed grab and baby in tow,” the announcer said. “That’s a nice grab. Be careful of the little one though.”

The proud mom celebrated her magnificent catch by jumping up and down as nearby Padres fans cheered her on.

Moms really can do it all. 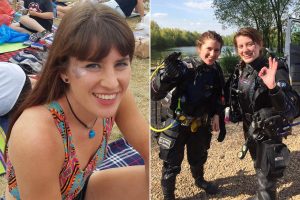 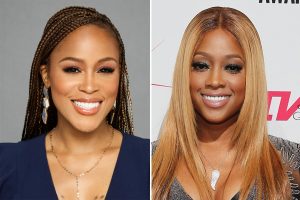 Next post Next Verzuz battle: Eve and Trina set to ‘Blow Ya Mind,’ by request

Man pummeled in viral ‘Suns in 4’ video: I wasn’t ‘demolished’