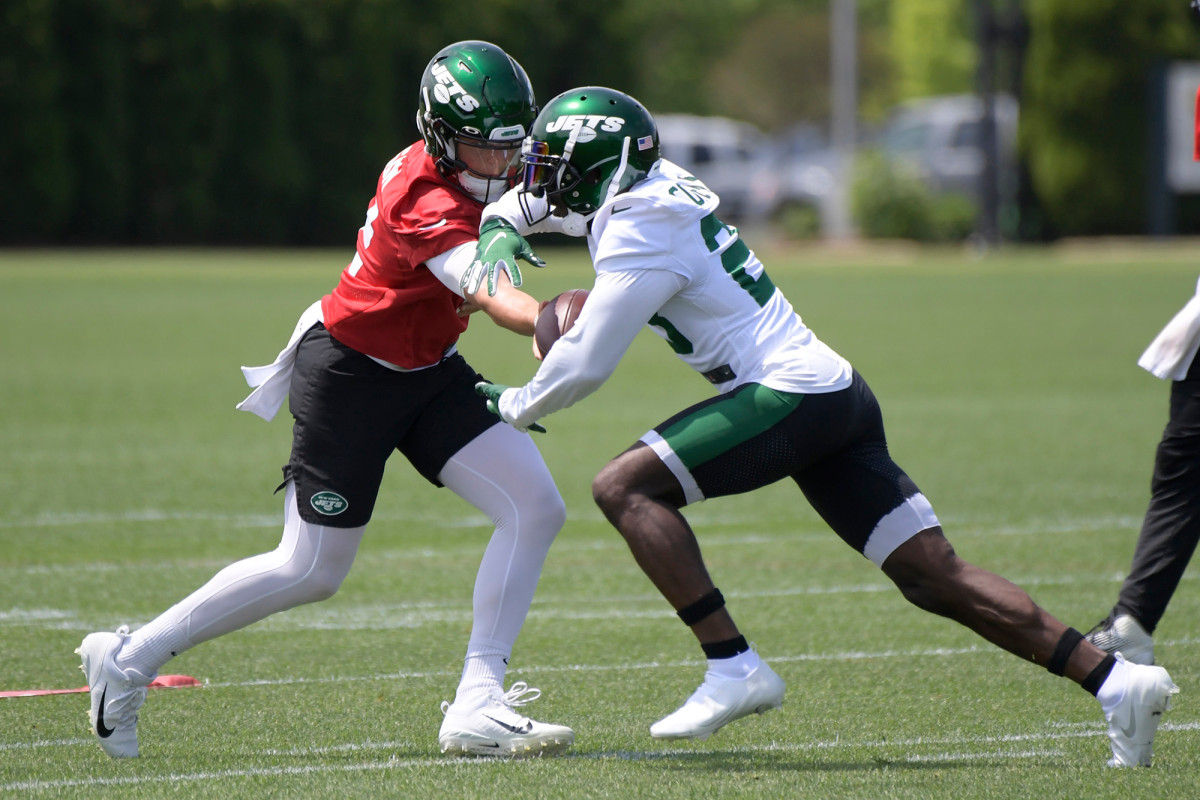 Combine recent knee and shoulder injuries with a 28th birthday and suddenly an NFL running back is regarded as geriatric.

And yet Tevin Coleman still is a decade younger than Frank Gore, the Jets’ leading rusher last season. And he is much cheaper than Le’Veon Bell, who flopped in his stint with the Jets. So, what does Coleman have left?

Coleman is the veteran of a running-back committee that includes rookie Michael Carter, Ty Johnson, La’Mical Perine and Austin Walter, all of whom are 24 or younger. He’s never had a 1,000-yard rushing season, but his 4,161 yards from scrimmage and 36 touchdowns in 78 games tower over the combined production of the other four.

“Whenever they put me on the field, I’m going to ball,” Coleman said. “I’m going to do my job, go out there and make plays.”

Coleman was limited to eight games with the 49ers last season but declared himself “back to 100 percent.” He is one of a few players who followed Jets coach Robert Saleh and offensive coordinator Mike LaFleur from the 49ers, which has made for a smooth transition.

“He’s pure gas,” Saleh said. “When he gets the ball in his hand and he makes that one cut, it’s like he shot out of a cannon. He’s got a tremendous mindset when the ball is in his hand in terms of breaking tackles, falling forward, creating positive yardage. And, his leadership, his on-the-field demeanor, his practice habits, he represents what we covet.”

WR Jamison Crowder and franchise-tagged safety Marcus Maye remain away from voluntary OTAs as contract negotiations continue. Mandatory minicamp is up next. Players are subject to a fine of $93,000 for skipping all three days, under league rules.

Saleh said he expects everyone to attend. He has exchanged text messages with Maye, but “nothing of substance.”

Rookie QB Zach Wilson was 7 of 11 passing in team periods (safety J.T. Hassell had an interception off a deflection) and 10 of 13 (including 3 of 5 in the red zone) during seven-on-seven drills. His favorite targets were Braxton Berrios (six receptions) and rookie Elijah Moore, both of whom are taking advantage of Crowder’s absence from the slot.

Moore and Carter are in the facility at 6:30 a.m. daily, according to special teams coordinator Brant Boyer.

“That’s a really good sign for young kids that get it this early on, how to be a professional and how to prepare and take care of their bodies,” Boyer said. “Because it’s not always like that. A lot of people have to be prodded, and these kids are self-starters.”

The play of the day was CB Justin Hardee’s diving breakup of a James Morgan pass at the goal line. Boyer was “ecstatic” over signing Hardee, who could provide stability after the Jets used 13 different gunners on punt team last season.

WR Corey Davis and OT Mekhi Becton trained off to the side, while safety Ashtyn Davis remains sidelined by the foot injury that landed him on IR last season. Saleh declared Davis will be ready for training camp.

The Jets signed safety Sharrod Neasman. He played in 57 career games for the Falcons. 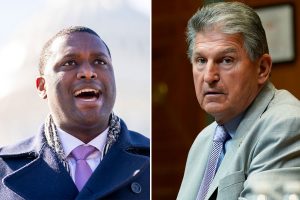 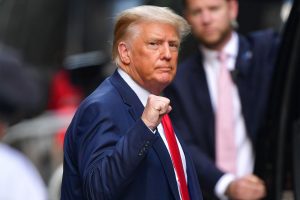 Next post Trump huddles with GOP leaders to discuss agenda, path to majority

Man pummeled in viral ‘Suns in 4’ video: I wasn’t ‘demolished’